Fuels : exchange rate getting lower but prices are getting high

Fuel prices are going up in Europe for several weeks, after six months going down because of the fall of the crude oil prices. An increase that defies the market's logic according to the Opec. 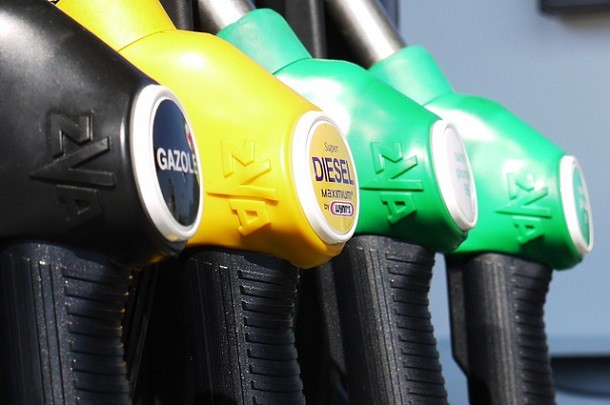 Although the crude oil price decreased in recent weekds, and the decrease of the Euro explains the fuel price increase in Europe. Even though the diesel price has slightly changed in Rotterdam, the reference market for refined petroleum products in Europe, the price for super 95 and super 98 have strongly increased since January 16th. The distributor's margins stayed stable.

A world market in excess 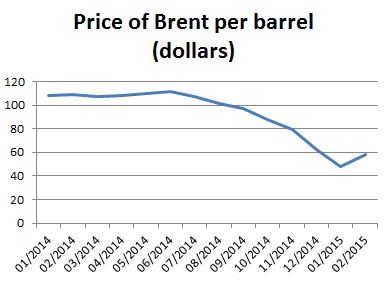 The 20% increase of the oil prices in February 2015 "defies the fundamentals" while the world market is still in excess, evaluate the Opec  (Organization of the Petroleum Exporting Countries) in its monthly report published on March 16th,2015. Indeed, with an « impressive increase » since January, the future ICE Brent and Nymex WTI markets haven't followed the market's logic because  « the worldwide offer exceeds the demand », with approximately one million barrels per day (BSD).

Even though the oil prices have decreased by 60% in seven months, it was still decreasinf recently : on March 16th, 2015, the WTI barrel was at its lowest price in the last six years, 42,85 dollars, when the Brent barrel is only worth 53,38 dollars, it was111,80 dollars in June 2014… But with low prices, the offer for non Opec countries will increase by  0,85 bsd in 2015, because of the developement of the schist oil exploitation in the US.

The Opec defends its market shares

- Africa : Algeria, Angola, Libya, Nigeria
- Middle-east : Saudi Arabia, UAE, Irak, Iran, Koweït, Qatar
- South America : Equator, Venezuela
In 2007, the Opec controled 78% of the world reserves, 45% of the crude oil production and 18% of the natural gas production.
Saudi Arabia, Koweït, UAE and Qatar extract 16 bsd, more than hafl of the cartel's production.
Some important oil producer countries are not members of the Opec, such as Canada, Sudan, Mexico, the UK, Norway, the USA, Russia and Oman.

At the end of November 2014, the Opec, decided to maintain their production limit to 30 bsd. Despite the overabundance of offer and the decline of stock prices, the cartel wants to trip the USA and other countries up, where the crude oil is more expensive to extract. In 2014, the schist oil production in the USA increased spectacularlyl, reaching 1,5 bsd, and allow them to take some market shares from the Opec countries. (see box).

First world producer, Saudi Arabia was more interested in cut their margins rather than drastically lower the production, to preserve its competitive advantage. This strategy seems to pay off according to the Opec because the US production could start diminishing at the end of 2015, because oil companies reduced their investments and new drillings because of the rate drop.

Russia, 2nd world exporter of oil but not a member of the Opec, could lose 135 billon dollars in 2015, which equals 10% of its GDP, says the Opec : « The country faces important challenges because of the sanctions, the ruble's devaluation and the falling of crude oil prices».

The hydrocarbons represent 70% of all Russian exports, « each times the price goes down by 1 dollar, it means a  shortfall of  3 billon dollars » says the cartel. The Opec predicts a lower production for Russia to 10,51 bsd in 2015, when it was 10,58 last year.

The US will be self-sufficient in 15 years

The Usa should become an energy exporter in 2015 and self-sufficient in 15 years.

The world consumption should increase by 37% between 2013 and 2035, with demands coming from India and China. China should become the world's first oil consumer by 2035, but « the US per capita consumption will still be 3,5 times superior to China's».